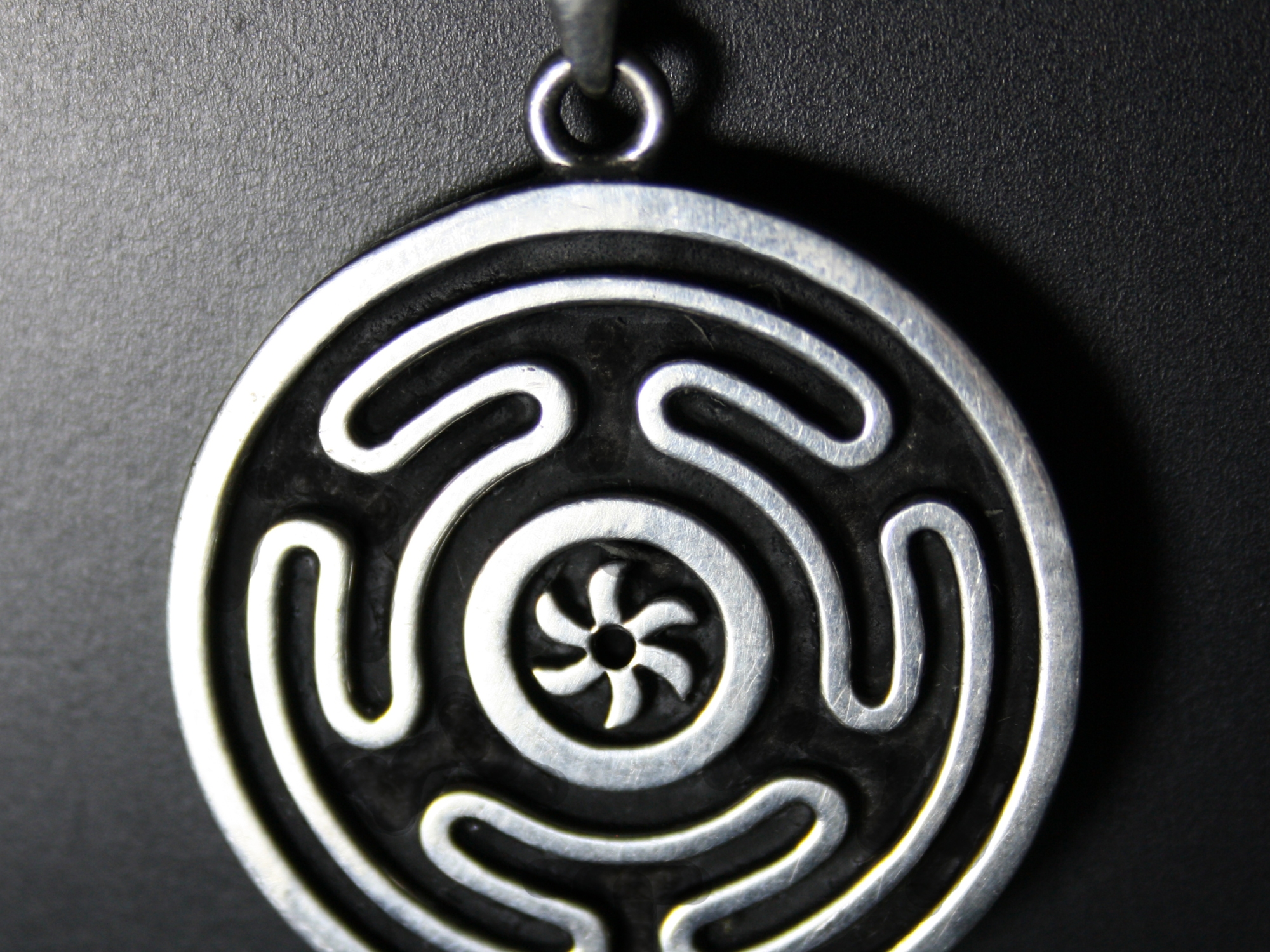 This is an ancient symbol of the Goddess Hecate, also called the iynx. It represents the labyrinth of Her threefold path and also the Goddess Herself who stands at the center where three roads cross. The iynx was used as a charm to attract lovers and it was spun as a devotional wheel and as a divinatory device. It was an important tool in the Orphic Mysteries and is referred to in the Chaldean Oracles. The iynx was also the name of a bird: the wryneck, which was sacred to Hecate’s rites, given the task of transporting the magick into and out of manifestation. The word “jinx” is related to this Greek word. Possibly it was used as some point as a thaumatrope with the image of Her labyrinth on one side and a bird or serpent on the other; then spun to merge the two images.

Hecate’s Wheel is a symbol that is most popular among feminist traditions, and represents the three aspects of the Goddess — Maiden, Mother and Crone. This labyrinth-like symbol has origins in Greek legend, where Hecate was known as a guardian of the crossroads before she evolved into a goddess of magic and sorcery.

Our version of Hecate’s Wheel is in the form of a pendant 1¼ inches in diameter, that can be worn proudly and even used as a tool for dousing. It is available in Nebula painted with black enamel.

To Bring Dishonesty Corruption or Evil Behavior to Light
If you know that someone, a corporation, or governing body is corrupt and is damaging or hurting others, you can work to bring such things to light.
You will need:
A large mirror, white candles, chalk and Evening Primrose oil.
Perform this spell during the 6 days that the moon is dark, beginning the day the Moon disappears and cease the spell when She reappears.
Upon the face of the mirror write the name of the person, company, corporation or whatever and what it is they are doing.  Anoint a candle with Evening Primrose oil -a hunting oil- Hecate is the Lady of the Wild Hunt.  Speak aloud; tell Hecate what the injustice is; Her rage is deep especially if the injustice affects women and small children.  Set the candle down in front of the mirror, light it and leave it there to reflect into the darkness of the mirror, continue every day while the Moon is dark.  Serve Hecate a meal at the crossroads during this spell on the last night of the old Moon.  This will be of great advantage to your work.  Every morning, cover the mirror, uncover at night when you light your candle.  Make sure your candle is placed in something fireproof and safe so that you can leave it to burn in front of the mirror.  Continue the work for at least 3 lunar cycles. 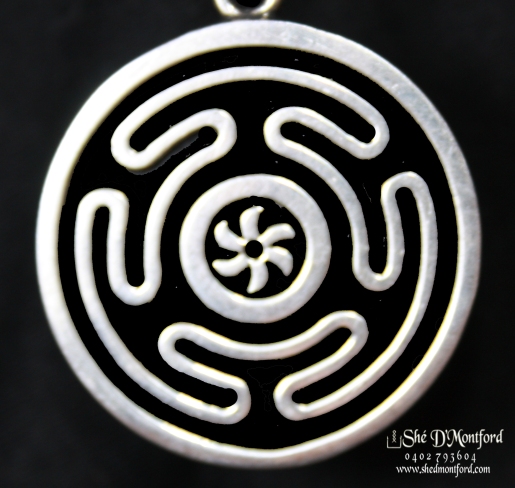 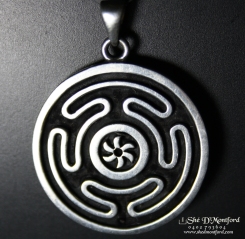 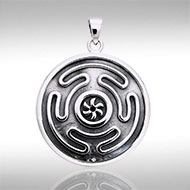 OUR PRICE – Only $40 AUD includes P&H in Australia

Oberon Zell
In recent times, Oberon has been most recognized for his inordinately beautiful sculpture; The Millennial Gaia. But since the early 1960’s, Oberon has been one of “the” names most closely associated and respected with regards to the crystallization of the Neo-Pagan movement. In 1970 he formulated and published the preeminent “Gaia Thesis”.
A Transpersonal Psychologist, Shaman, Artist, Sculptor, International Lecturer and Teacher, Oberon has contributed much to the evolution of human consciousness.